Answers from a Speech Language Pathologist

Speech delays in young children should be taken seriously and helps should be sought from a licensed Speech-Language Pathologist. 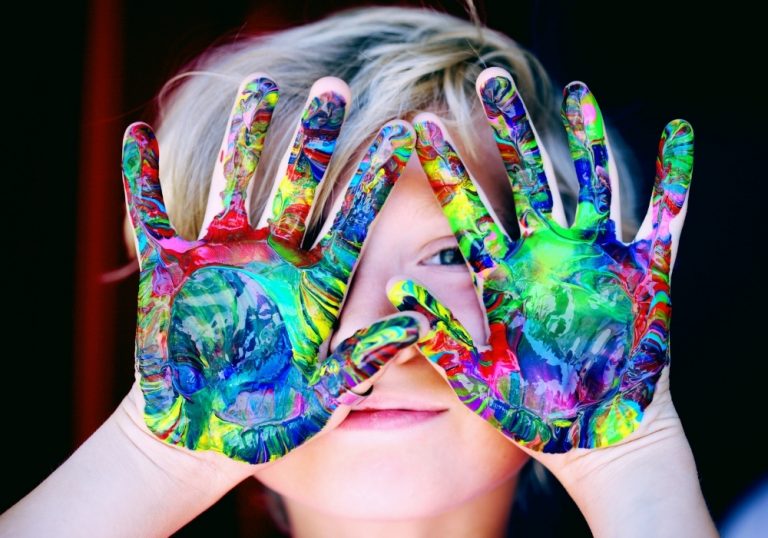 1. Hearing must be checked

"I'm not sure if my child doesn't understand me or is ignoring me."

The first thing you need to know is that your child’s hearing needs to be checked. Please don’t skip over this! It’s happened to me where I have a client, and it seems like they can hear, but after we got the hearing screening, we found that there were some things they could not hear. This included certain sounds of speech, and so the child was talking but not clearly. They were making a lot of nonsense air-type sounds. But once we found there was a hearing problem, we were able to take care of it, and speech therapy was much more productive. Hopefully, your child’s already talking, and you have already had the hearing evaluation. If not, please have that hearing evaluation. You can get a referral through your doctor for an audiology appointment.

2. Nutrition should be considered

"My child is a picky eater and I'm not sure if that contributes to his/her speech delay."

Quality nutrition comes into play as your child’s brain is growing and developing. We want to make sure that they are getting all the nutrition they need for their brain development. If you’re doing speech therapy at home with your child, you are really stretching, challenging, and growing the brain. As a result, the brain needs food, the right fuel, to keep up with this amount of learning. I’m not a nutritionist, so I’m not going to go through all the little things, but here is a list of what is recommended nutrition for toddlers.

You may also want to have your child’s blood checked to ensure that their nutrition is being met and specifically look for lead. If you live in an older house, you may be at risk for lead exposure. High levels of lead in anyone’s blood- especially a little toddler’s body-  is hazardous. It is very toxic to the brain and has been linked to causing language and learning delays as well as other general cognitive issues.

3. Screentime should be limited

"My child loves to watch youtube, is that helping him or causing a speech delay?"

The research that is coming out about what screen time, especially too much screen time, can do to children’s brains is really shocking. It is changing the way that a child’s brain works, functions, and reacts. The biggest problem with screen time is that it is time away from other people. It’s time away from real life and real tangible items in the world. Not only is it causing social delays, but it’s also causing brains to act much like Attention Deficit Disorder (ADD) brains and/or Attention Deficit Hyperactive Disorder (ADHD) brains. This happens because screen time usually consists of short and quick clips, and you can change the video easily whenever you want. Have you noticed your child doing this? They’re on YouTube for a long time, and they keep clicking “next,” often not even finishing half of a video. If so, your child’s attention span is probably short and getting shorter. This short attention span probably carries into other things. For every game, toy, activity, and food item that they are presented with, they are easily bored of it. That’s because they’ve been training their brain to be that way all day with the screen.

Children do get addicted to the kind of constant reinforcement they get from the screen. It’s exciting. There’s a funny noise. They just got a big burst of bubbles and balloons. And that is addicting, just like adults get addicted to things like Netflix shows or games on the phone. We really want to take care of our children who don’t know how to take care of themselves and help them avoid getting too trapped. We want them to be looking up at the world, into people’s eyes, talking to people. If you think about the screen, why would you talk to a screen? There’s no reason to talk to a screen even if it’s a video that is saying, “Did you see that?” The child’s not going to respond to that because it’s a video, right? They need to be working, talking, and playing with people to have healthy social skills, a healthy attention span, and other life skills. They need to know how to play with tangible toys. I’m really passionate about this, but I don’t want you to feel bad. I do want you to be educated on the choices that you make for your child and your child’s future.

Going cold turkey would be really hard. I’m sure your child would react very negatively to that. So you need to think about how to decrease the screen time over time and replace it with something else. If you just take away a phone from a child and you leave them with nothing else, like no books, no crayons, no ball, or no cars, they are going to freak out. This is because they don’t have anything around to entertain them. So if you’re going to take away the phone or screen, then you need to distract them with something else. Make sure that you are providing something else for that child’s brain to grow in a healthier way. I recommend hiding the phone/screen or letting it die so you can say, “Oops, It’s broken.” or “I can’t find it; it’s gone.” That usually goes over the best.

I have a lot of people say, “But my child has learned about words from videos because he watches kids’ shows. He’s learned all the colors and shapes and numbers.” Typically, I find that it’s kind of rare that children actually do learn those words from videos. And if they do learn it, they often don’t use it at the right times or in inappropriate ways. The child will say square or hexagon when they see it in the video, but when I ask and show them a square or hexagon in another context, they don’t know what it is, or they know, but they won’t answer me because they’re not used to being asked the question by another person. They’re used to seeing it on a video and being told, “Hexagon! Square! Oval!” It’s different when it’s human to human. Kids’ videos can be educational, but they can not beat and should not replace teaching from parents, teachers, loved ones, and peers.

Watch this video to hear about the essential things I want parents to know about speech delays.

4. Peer Interaction should be frequent

"My child is mostly home with me and not around other kids, does that contribute to his speech delay?"

Why is increasing peer interaction so important? I can’t tell you how many times I have worked with children in the home with the mom, and I have been working with them for about six months. We are making progress, but the child doesn’t have any other interaction with the kids. There are no siblings in the home, and there aren’t any other neighbor friends for them. The child just sees other kids at the grocery store or occasionally at the park, but it’s not consistent. In one case I can think of, I told Mom, “Come on, we have to get the child exposed to other kids. We have to get him involved.” She was hesitant, so I made some suggestions to her. “Can you go to the library weekly? Can you call up your friend who has a kid and make weekly appointments? Can you try Mommy and Me classes or Daddy and Me classes? Can you sign them up for YMCA, ballet, or gymnastics?” It took some convincing, but when they made that change, wow! The kid started making fantastic progress almost immediately after having regular exposure and time with other kids. Kids learn from other kids. Yes, they learn from adults, but there’s something that happens in their brain when they see another human their size doing something they’re not yet doing. Things like talking, singing, climbing the jungle gym, or a new way of jumping, and it makes their brains go, “that’s cool! I want to do it too. I can do it!” Then they start to believe in themselves. They learn better and faster from other kids. Do your best to look for opportunities for that.

5. Binkies or pacifiers should be temporary

"My child has their binkie in their mouth most of the day, could this contribute to the speech delay?"

I recommend around 12 months, which is when every child should be developing their first words, to start getting rid of the binky. If a child is crying and you’re not able to meet that need any other way at that moment because you’re driving or something like that, then I understand giving them a binky, and the child will probably be soothed. But if you’re able to meet the need in other ways, try to not just automatically go to that binky. If the child is happy and/or playing, that child doesn’t need the binky. Take that binky out so that your child can babble, talk, and imitate the words that you say. I can’t tell you how many times I come into a home and read the report, and it says, “Child’s not talking. Zero words.18 months old.” By 18 months old, they should have at least 50 words. So I come into the home and the child has a binky in their mouth and I think “Oh, maybe that’s why! Let’s think about getting rid of that binky.” That kid was talking so much as soon as they made that change in their life. They hid the binky until night time and that kid was talking up a storm. He was still behind because the binky was not the only reason, but it was a huge environmental factor.

With a binky, you are literally plugging a child’s mouth all the time. So take out that binky; get rid of it! I know your child’s probably addicted to it, just like we all get addicted to comforting things, but when they impair our growth, we have to be weaned off of them. There are different, creative ways that you can go about getting rid of the binky. You can distract the child with other things like toys, games, activities, and songs, usually out of sight, out of mind. Most dentists agree with speech-language pathologists that weaning a child off the binky as soon as possible is a good idea because binkies can cause dentition issues. So if you don’t want to get braces, then avoid using that binky all day and all night. As you decrease that use, it’ll allow your child to talk and babble more. I don’t want to make families feel bad about the binky, but I want to educate you that getting rid of that binky, using it less and less over time, does increase your child’s opportunity to use their mouth for talking. You will see some really great results as I have seen with my clients.

Continue learning about the speech development

Read "How do I teach new vocabulary?"
Click Here

Check out Jeff and Heather’s story. Their parents of a 17-month-old and found help through my online course.

Disclaimer: This information is meant for general education and not to diagnose.