If only I had a dollar for every time a family I support told me: “We speak another language besides English in our home, but our doctor told us that it would be too confusing for our child to hear two languages, so we stopped. Now we only speak English around him.”

From years of research, we know that speaking to children in multiple languages does not contribute to language delays and is good for their developing brains!

There are many pervasive myths and misunderstandings about multilingualism and raising children in multilingual homes.

In this article, I will share my recommendations as a devoted learner of two languages beyond my first language and as a Speech-Language Pathologist (SLP) who has supported multilingual families for over seven years!

A Bilingual Person Isn’t Two Monolingual People in One Body

Let me start by saying one simple thing. A bilingual person is not two monolingual people in one body. That’s not how language development works.

Many parents learn some basic language milestones as their children begin to grow. We expect children to:

Parents may start to worry when their bilingual 2-year-old uses different words in both English and Punjabi, but not 50 words in each language.

We must remember that a bilingual child is not the compilation of two monolingual children, but rather a unique mixture of both languages!

I recommend that parents pay attention to the number of total words their children use. You might discover that when you count the numbers of words used in both languages, you get to 50 or more!

It is common for children learning more than one language to learn language differently than their monolingual peers, so don’t be alarmed if their language milestones are met in different ways, different orders, or even a little late!

I once worked with a family whose child spent most of the day with their grandmother, a native Spanish-speaker.

The grandmother could speak a little English, but she had not developed a thorough command of English, and her English phrases were simplistic and often contained grammatical errors.

Another professional had told the family that their grandmother was “confusing” their language-delayed child, so they reluctantly asked the grandmother to speak only English.

Can you guess what happened? You guessed it—as the child’s language development blossomed, he started speaking English like his grandmother! Because he was exposed to his grandmother’s poor grammatical models of English for many of his waking hours, he learned that her models were examples of how he should use English.

I suggested that the family encourage the grandmother to return to speaking Spanish. It is better for children to hear robust, complex language (even if it is not in English!) than to be consistently exposed to poor English language models.

The family I supported was relieved since this was easier for the grandmother as well! I worked with both the parents and the grandmother to use language facilitation strategies in both languages. Over time, the child was able to develop strong language skills in both English and Spanish!

Code-switching Is Not Only OK—It’s a Good Thing

You may have heard the term “Spanglish” or overheard people switching back and forth between two languages, even in one sentence!

This language mixing is called “code-switching.” It might seem like code-switching is a problem or a sign of deficiency, but it’s a normal and healthy occurrence for multilingual speakers!

Code-switching is a positive sign that children are learning, processing, and integrating their languages!

There Are Different Ways to Become Multilingual

Some families seeking to raise simultaneously multilingual children choose to utilize a “One Parent, One Language” (OPOL) model, where each parent speaks a different language, and only that language, to the child.

This can be a successful model when the parents do not share fluency in all the same languages, such as parents that both speak English while only one parent speaks Japanese. Other families choose to utilize different languages at different times, such as speaking Russian at home and English when out in the community.

Consider All the Language Input in Your Child’s Life

Where Can I Find More In-depth Information About Raising Bilingual Children?

I highly recommend this easy-to-read summary of research on bilingualism in children. This article from the Hanen Center also provides more information on the myths surrounding bilingualism. 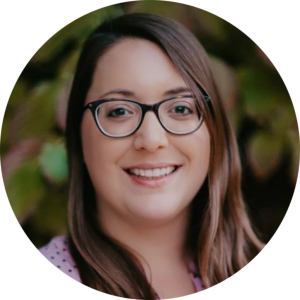