This concept of masking refers to the act of pretending to be something you’re not to make others feel comfortable. It can be highly emotionally draining, frustrating and lead individuals to feel very anxious about what they are or are not expressing to others. Neurodivergent autistic people often feel societal pressure to mask in order to conform to the expectations of the neurotypical people they interact with. Autistic people may learn to mask on their own or they may be taught explicit strategies to “fake” their way into appearing neurotypical – often at great cost. 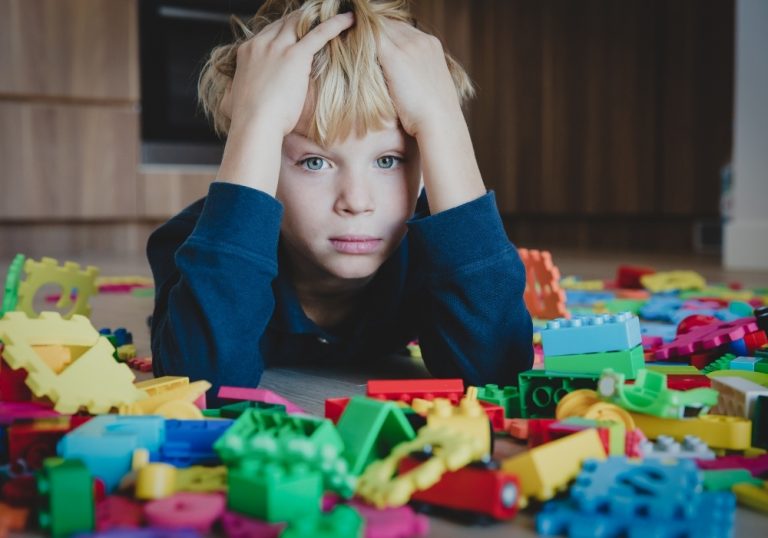 Healthline has written an extensive article on masking for an even more detailed look into masking, but they report that masking can look like: 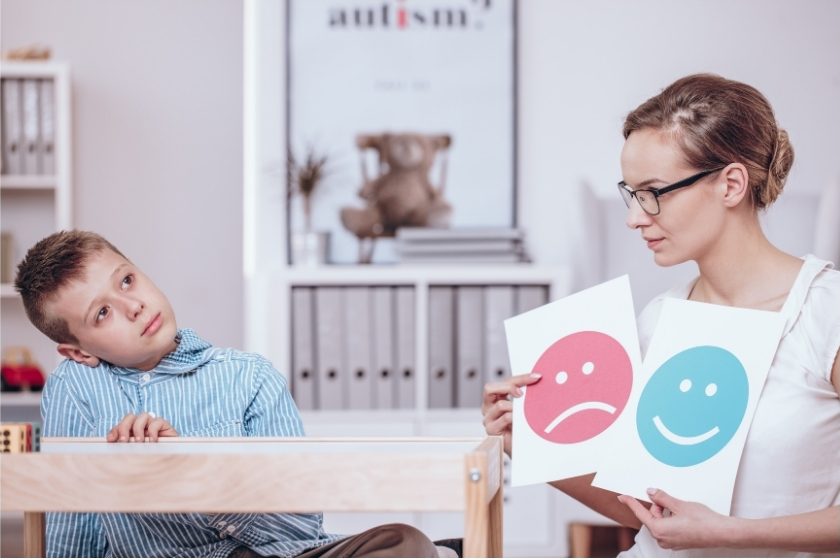 Essentially, any interactions or behaviors that a neurodiverse child modifies or stops doing to look “more normal” is an example of masking.

Why is teaching autistic masking harmful?

I recommend reading this article by Vicki Swan, an autistic adult, where she shares what masking has looked like for her and the effect it has had on her throughout her life. She shares the following,

“The perfect example of masking is when a child with ASD behaves perfectly in school but comes home and explodes into a meltdown. In school, they masked their autism. There is a price to be paid for masking, whether at the time or much later.”

The challenging behaviors you may be seeing from your child may result from their fatigue and frustration from masking daily.

In addition, research has shown that autistic people are more likely to commit suicide. Many autistic people report that they feel a direct correlation between this statistic and the exhaustion and depression that accompanies constant masking. Many autistic people mask because they are expected to do so by society. But even occasional, limited masking can be damaging, exhausting, and lead to long-term burn-out. 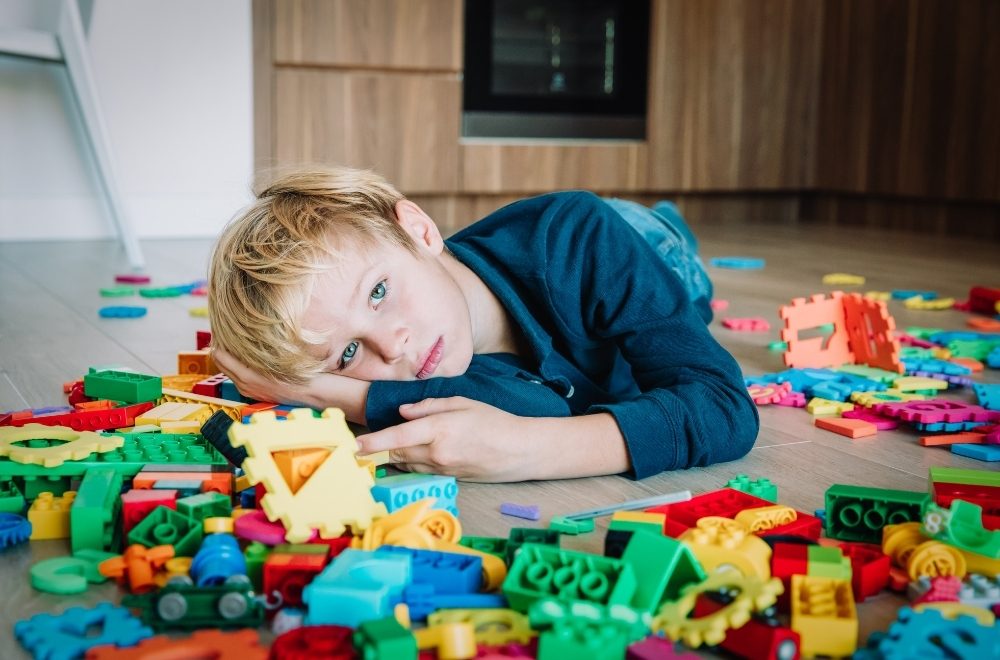 An example of masking in a cultural context

When I was in college, I studied abroad in a small town in France for four months. I was very excited. I had studied the French language for six years, read books on Paris, and watched French movies. But when I got to France, I noticed something extraordinary. As a naturally friendly and curious person, I enjoy making eye contact with strangers, saying “Hi!” and smiling. When I tried to do this in France, I quickly discovered that it was hard to make eye contact with strangers. When I happened to lock eyes with a stranger, I was met with a strange look or frown. I was confused and began to feel out of place. Was I doing something wrong? Were French people rude and unfriendly?

What I had unwittingly discovered was that French people view eye contact as a matter of personal space. My making eye contact with strangers is seen as very rude, and those strangers had been trying to non-verbally tell me that all along through their frowns and scrunched-up faces. Even though France is a western culture often seen as “not that different” from the US, I learned that to be successful in French culture, I needed to change the way I communicated, interacted with others, and essentially led my daily life.

What I started to do in France was mask. I stopped looking and smiling at strangers. I accepted “bisous” (i.e., kisses on the cheek) from those I was introduced to – even when it made me feel uncomfortable. I learned to say, “Bonjour!” every time I entered a shop because not doing so would be taken with offense. It felt like every interaction I had was an interaction I was analyzing and structuring to make me seem “more French” and not so strange and American. I had to wear a metaphorical French mask.

After four months in France, I was emotionally exhausted. I couldn’t wait to come home to the United States where I could be myself, and I didn’t have to follow the silly rules of French culture that were so constant and draining.

Now, imagine being expected to adapt to the strange, secret rules of a foreign country; however, there is no “home” to go home to where you can take off that mask. For the neurodiverse individuals in your life, every day might feel like my time in France, except there is no escape or respite where they can find comfort in not having to mask. 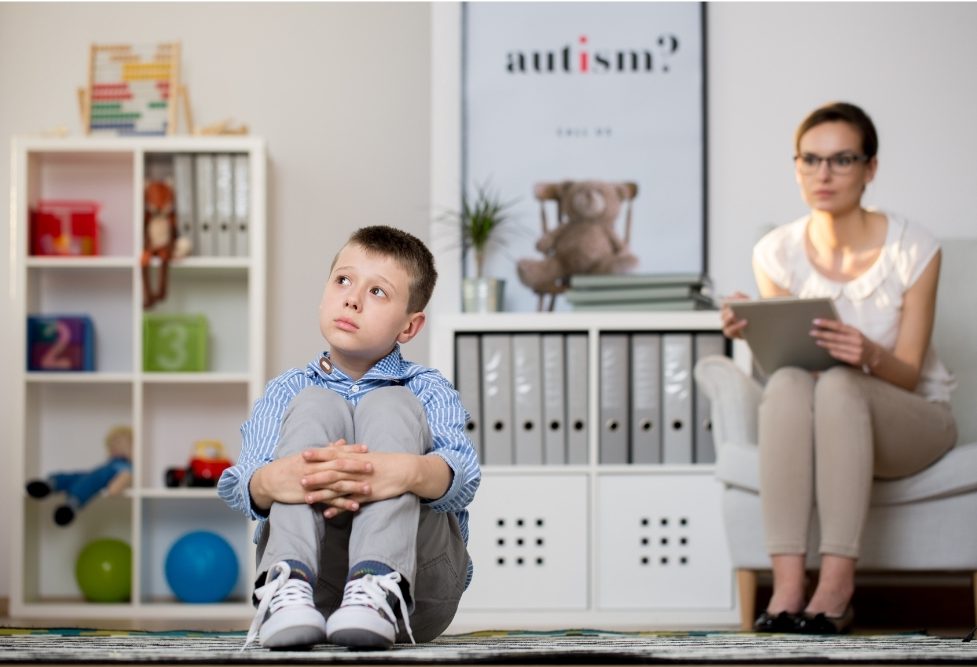 You may look at the above list of examples of masking and discover that your child has had therapy goals written to target some of these items specifically. Perhaps they’ve had goals to increase eye contact, memorize conversational “scripts,” or greet family and friends in “appropriate” ways (such as mimicking waving or verbally saying “hello,”). Your child may be receiving services that target skills like learning the “social fake,” or they may be taught to reduce the amount of time they talk about a special interest (under the pretense that they will bore neurotypical children and thus won’t make friends).

These are examples of masking being explicitly taught to our neurodiverse children. These are harmful practices that can lead to undue stress, anxiety, exhaustion, and even depression.

How can parents support their neurodiverse children in combating masking?

You can also work with your child as a partner to help them set boundaries with family and friends. Perhaps your child is uncomfortable when they are asked to hug grandma, or maybe they feel anxious when told to talk about their cousin’s baseball game rather than their preferred interest. Let your child know that you value them as they are and work to establish a way for your child to communicate when uncomfortable. 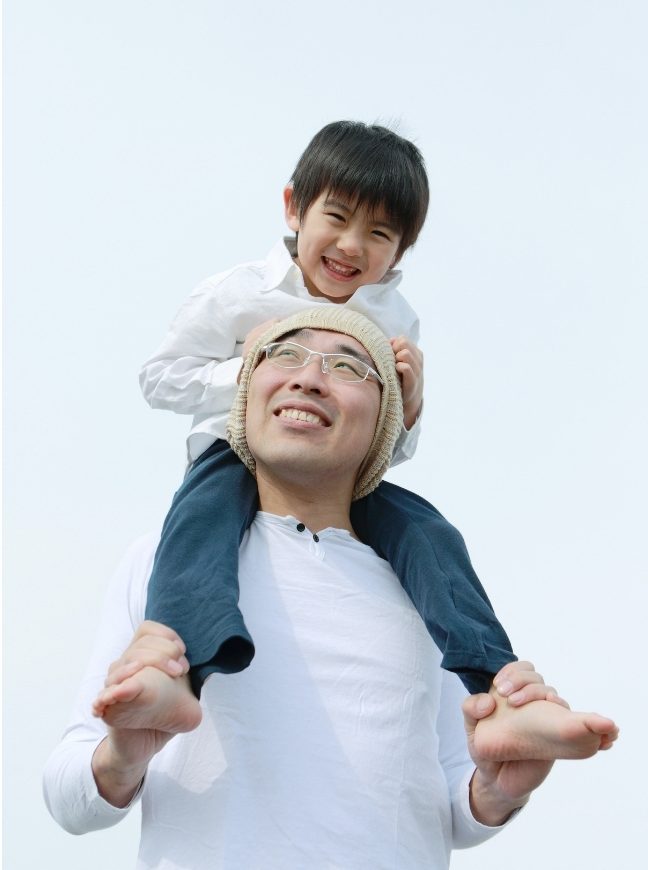 Suggestions for parents to embrace their child’s neurodiversity

Together, you can work with your child to embrace their neurology and celebrate the person they are without the need to mask and attempt to conform to the expectations of a neurotypical society. 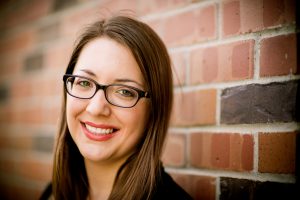 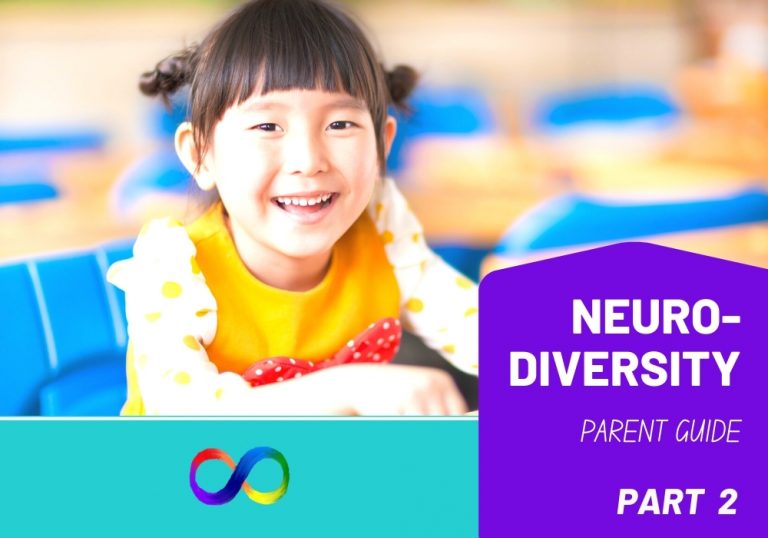 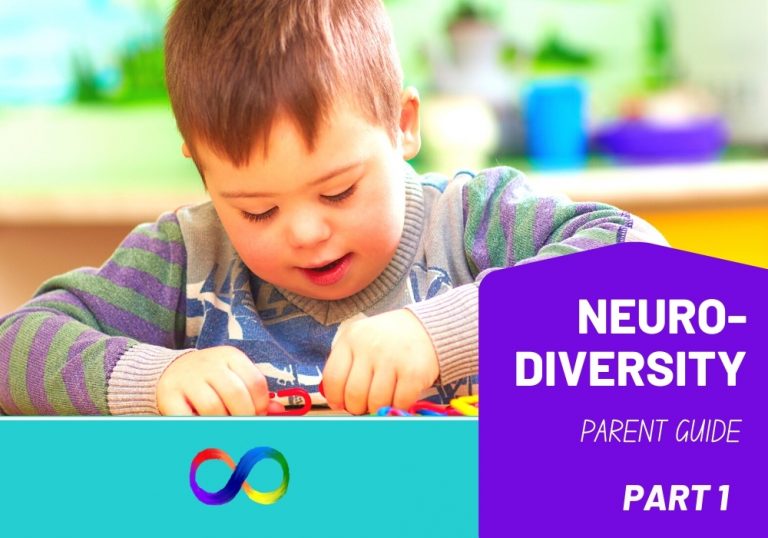 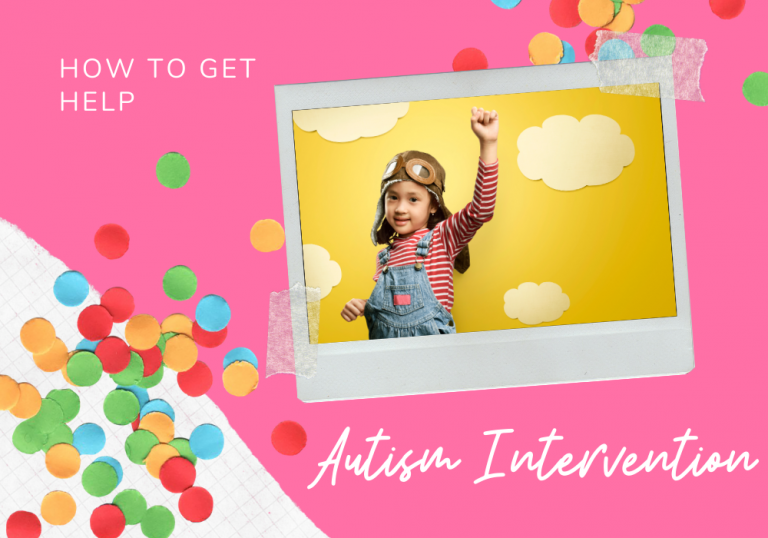 Autism Intervention: How to Get Help