This article will focus on autism characteristics that fall under the category of pragmatics or social skills. I will describe what neurotypical is or what is considered a typically-developing child’s behavior. I will also compare this to the actions of autistic or neurodiverse behavior. 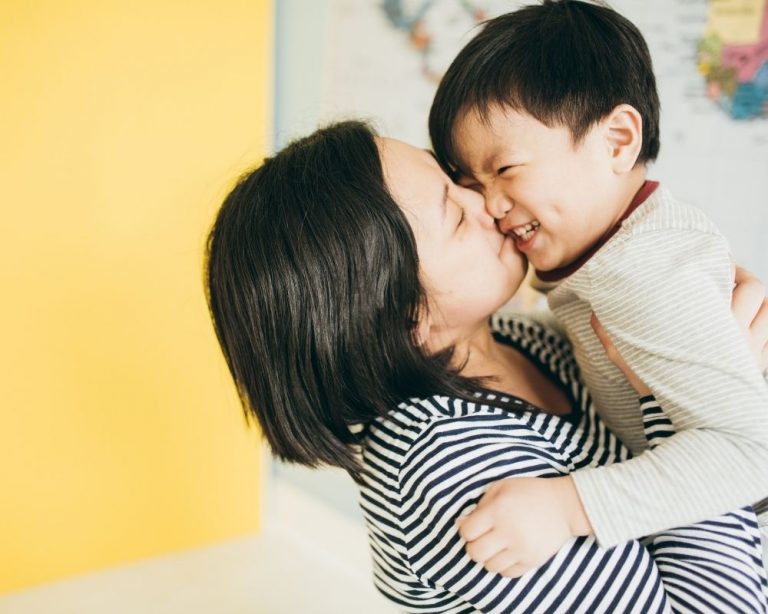 What are the social characteristics of autism?

Example: Mario is a 12 months old boy, and his mother attempts to involve him in games like peek-a-boo and patty cake, which her other children found enjoyable at this age. Still, Mario doesn’t react with smiles or giggles and seems uninterested in this social interaction type. She has also noticed that he doesn’t smile when she comes into the room or show much emotional reaction to new toys or exciting events. She describes him as “not a very expressive baby.”

Example: Moria is a nine-month-old baby. The family dog stole her ten-year-old brother’s older brother’s donut right from his hand. The brother became angry and yelled at the dog for stealing his snack. The baby Moriah was startled and began to cry in reaction to her brother’s angry, loud voice tone. Her brother came over to her and spoke softly while smiling, and Moriah soothed and smiled in response.

Example: Issac is a 24-month-old boy who was nearby when his mother stubbed her toe on the couch. She yelled out in pain and held her foot, and began to cry. She was surprised to see that Isaac did not react to her yelling or crying and didn’t seem aware of her pain.

Lack of interest in people or seeming not to notice people

Example: Star is a 20-month-old girl playing in the living room with her grandma. A visitor rings the doorbell, and grandma goes to open the door. Star shows no reaction to the doorbell or her grandma leaving the room. Grandma and the visitor greet each other loudly and warmly at the door and then proceed into the living room. Grandma is surprised to see that Star doesn’t notice the new person and in the room. Even when the visitor gets down on the floor near Star and speaks to her, Star shows no reaction or interest. Grandma knows that children of this age are typically interested in new people or aware of their presence.

Example: Arjun is a 12 month-old boy, and his mother has noticed that while he used to make consistent eye-contact as a baby, he now actively avoid making eye contact with her or anyone throughout the day. Like always, she holds him, rocks him, and sings to him before he goes to sleep. Previously she felt very connected to her son during this time because he would look into her eyes until falling asleep. Even though she tries to get him to look at her during times like this and play or mealtimes, he turns away and seems disinterested.

Prefers to be alone or avoids people

Example: Jasmine is a 26-month old girl. Her parents are concerned about her development because they have noticed she is content to play independently all day long and rarely shows interest in being with others. Even when her mother enters the room, Jasmine doesn’t take notice. When her father tries to join the activity Jasmine is playing, Jasmine picks up the toys and moves away, and turns her back to her father without saying a word or making any eye contact. Her parents describe her as “in her own world” and wish they knew how to enter her world and feel more connected with their daughter.

Lack of affections or avoids affection

Example: Chen is a 28-month-old female. Her parents and grandparents notice that when someone approaches Chen for a hug, Chen turns away or leaves the area without looking at the person. They also notice that Chen never approaches or touches them unless she needs something, and even then, it is brief and not in the way of connecting with her family.

What are the social characteristics of autism?

Lack of response to sounds

Example: It is Adelina’s first birthday party, and the family has gathered to celebrate. The doorbell rings, and the dog barks in reaction, but her mother notices Adelina doesn’t seem to hear the doorbell or the dog because she showed no response. Each newcomer calls out “Bonjour Adelina,” but Adeline turns to their voices. Someone drops a pan in the kitchen and yells out in surprise, but again, Adelina does not turn towards the sound or react. The parents discuss their concerns and make an appointment with their pediatrician. The pediatrician tests Adeline’s hearing and looks inside her ears, but there is no indication of hearing impairment. The doctor refers the family to an audiologist to have her hearing testing again as a precaution. But he also directs them to have a developmental evaluation by a child psychologist as the child’s lack of response to sounds may not be due to a hearing problem but be due to a disorder like autism.

Example: Habib is a 25 months old boy, and his mother notices that when a new person comes over, he is very interested in them but doesn’t interact with them naturally. Habib walks over to them as soon as a person enters the room and begins touching their feet. He doesn’t look at them, smile, or wave as expected; he only wants to feel their feet. Habib puts his face too close to their face if the person sits down and stares very closely into one eye. Sometimes he tries to touch the person’s eyeballs with his finger. His mother is happy he is aware of people and interested but is not sure why he interacts with them in this way and doesn’t know what to do.

Example: Koni is a 30-month-old boy, and even though his parents remember him saying “hi” and waving when he was about 11 months old, they haven’t seen him do this since his first birthday. Only rarely will he wave or say “hi,” but it’s only after the parents tell him multiple times to do so. When someone says “hi” to Koni first, he usually will not respond or even look towards them. It’s as if he doesn’t know what to do.

Continue learning about the signs of autism